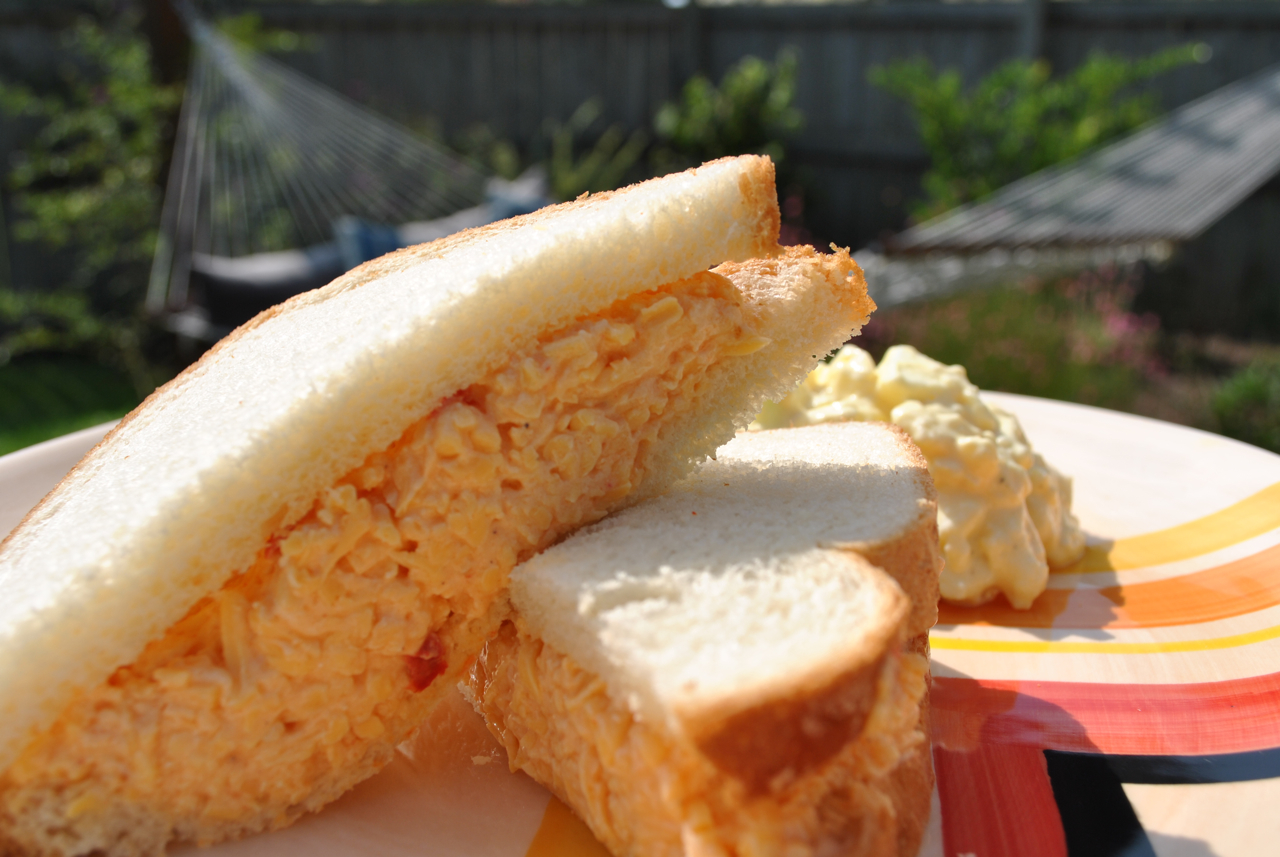 Growing up I hated this stuff. I didn’t get why so my grandparents loved this pungent tasting paste between bread. Now, years and years later, I have grown an appreciation for many things I didn’t like as a kid and can run through a tub of this stuff in less than a day if given the chance. Spread it on crackers, tortilla chips, put it in an omelet or make a sandwich with it – pimento cheese is synonymous with Southern food and some of the best is Palmetto Cheese. Made in Pawley’s Island South Carolina from a recipe that a cook at the Sea View Inn named Vertrella Brown used to use to whip up batches for guests of the inn. It is now available all over the Southeast. 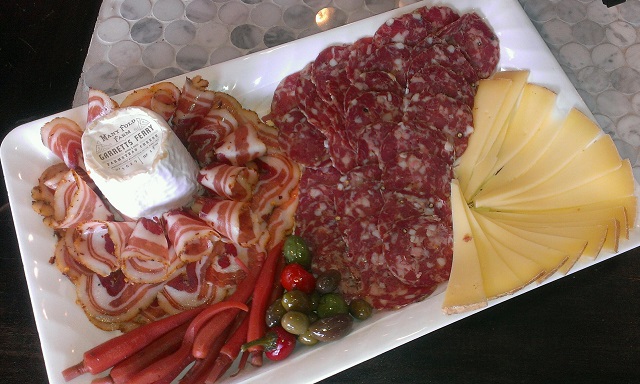 Do what you love. That’s what Chef Kevin Outzs decided to do when he found his self unfulfilled working in corporate America. Urged on by his wife to follow his heart Chef Outzs enrolled at Le Cordon Bleu. After working at restaurants such as Restaurant Eugene, The French Laundry, and The Fatted Calf and even serving as delegate chef representing Atlanta at The Slow Food International Terre Madre Conference in Torino, Italy he found his self wanting to share with Atlanta not only his love of charcuterie, but of food, and meat in particular, sustainably sourced with an emphasis on farm-to-table.
One might think that The Spotted Trotter only offers a few specialty cuts with a focus on some of the more well known or more expensive cured meats, but this is not the case at all. Their repertoire of boutique charcuterie is expansive and includes everything from “Snack Sticks” to Chorizo to Prosciutto to Duck Prosciutto to Rabbit Boudin to Beer Brauts, Bacon, Scrapple and much more. 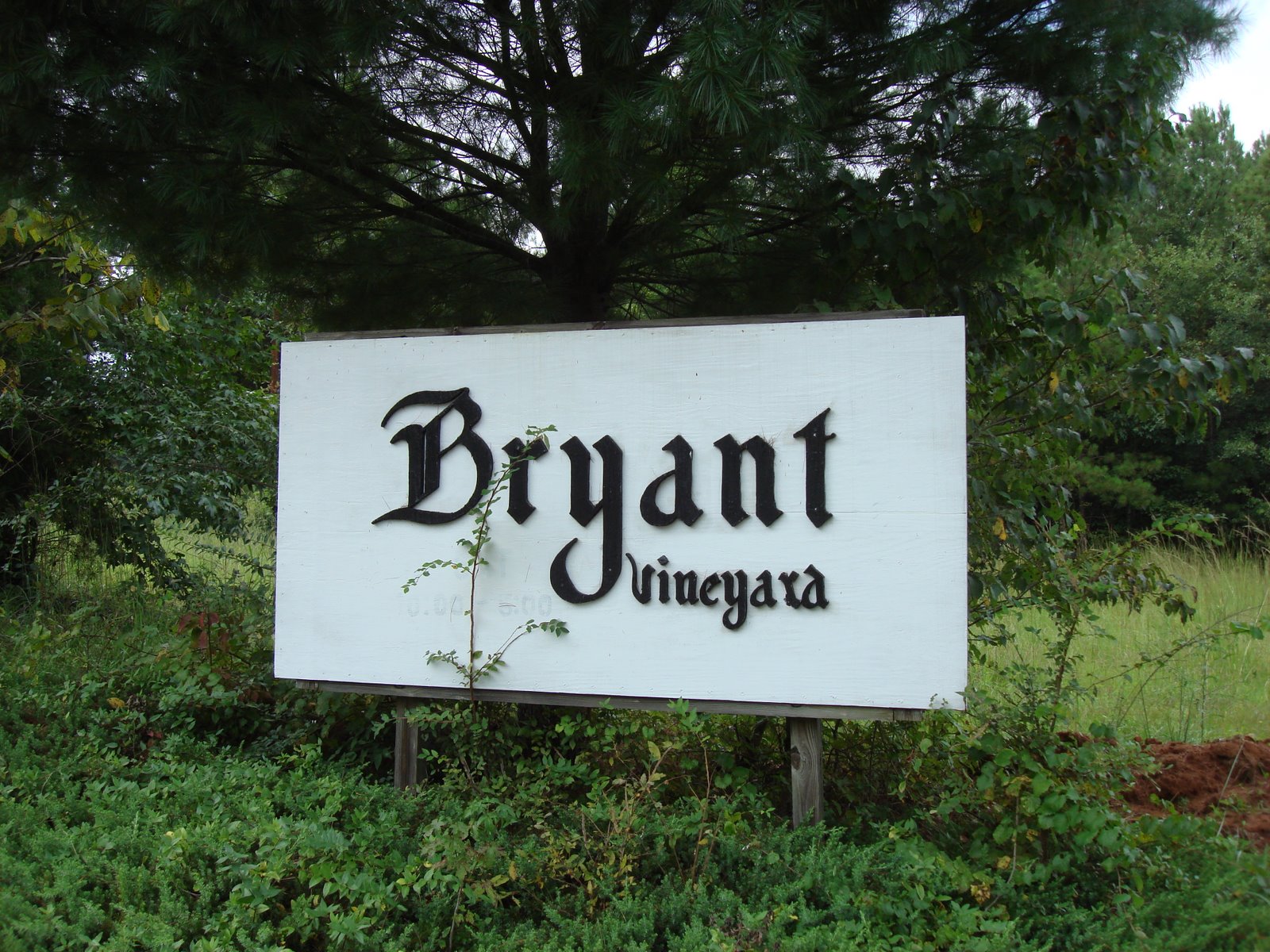 A lot of folks haven’t heard of Muscadine grapes, but they are a grape that is native to the Southeastern United States. They are typically larger than your customary grapes and have a thicker skin and taste a little more “wild”. Located in Talladega AL, which is known primarily as being a destination for NASCAR fans as well as the setting for the blockbuster Will Ferrell movie Talladega Nights: The Ballad of Ricky Bobby, Bryant Vineyards is Alabama’s oldest winery and they produce 5 varieties of Muscadine wine to be enjoyed with various meal pairings, or just amongst friends around a campfire on a cool October night. The Muscadines are typically ripe in September, but you can visit Bryant Vineyards anytime during the summer and pick fresh fruits and vegetables. Just make sure you give them a call if you think you’re lost as Google Maps sometimes steers folks wrong.

Friend of mine from the Northeast once proclaimed “I wonder why grits never took off in other parts of this country”. I, myself, couldn’t answer his question as I think they’re delicious, and apparently so does he. A lot of people don’t realize that grits are simply dried, ground corn – nothing crazy; pretty simple concept actually.

This brings us to Anson Mill Grits out of Columbia, SC. Founded in 1998 by Glenn Roberts who not only has a passion for food, but a passion for heirloom corn and grains from a time before industrial production of food was even conceived. Upon realizing his passion, Glenn turned in his suit, sold his worldly possessions, rented a metal building behind a car wash, lived out of his car and after his first crop of single-family, hand-select dating back to the 1600s Carolina Gourseed white  was harvested he promptly passed it around to chefs in Charleston and Atlanta who subsequently all went crazy for it.

There is much more to this inspiring story of bringing nutrients, quality and joy back to the forefront of dining and I recommend reading it when you have time here. 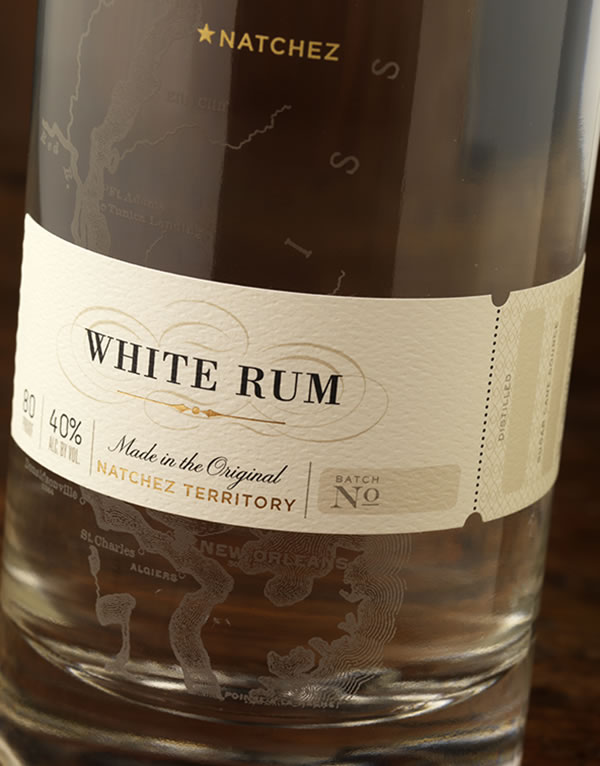 White Rum, Dark Rum – Take your pick. Either way you choose Charboneau Rum is hand-bottled and hand-labeled and is the first LEGALLY distilled rum in the state of Mississippi. Made from raw sugar and molasses that comes from a Louisiana sugar mill just a few hours away, filtered water and distilled in a copper still in Natchez, Mississippi this is perfect for you summertime Pina Coladas, Hurricanes, Daiquiris, Mojitos, Rum & Cokes or even a good ol’ shot to start the night off right with. 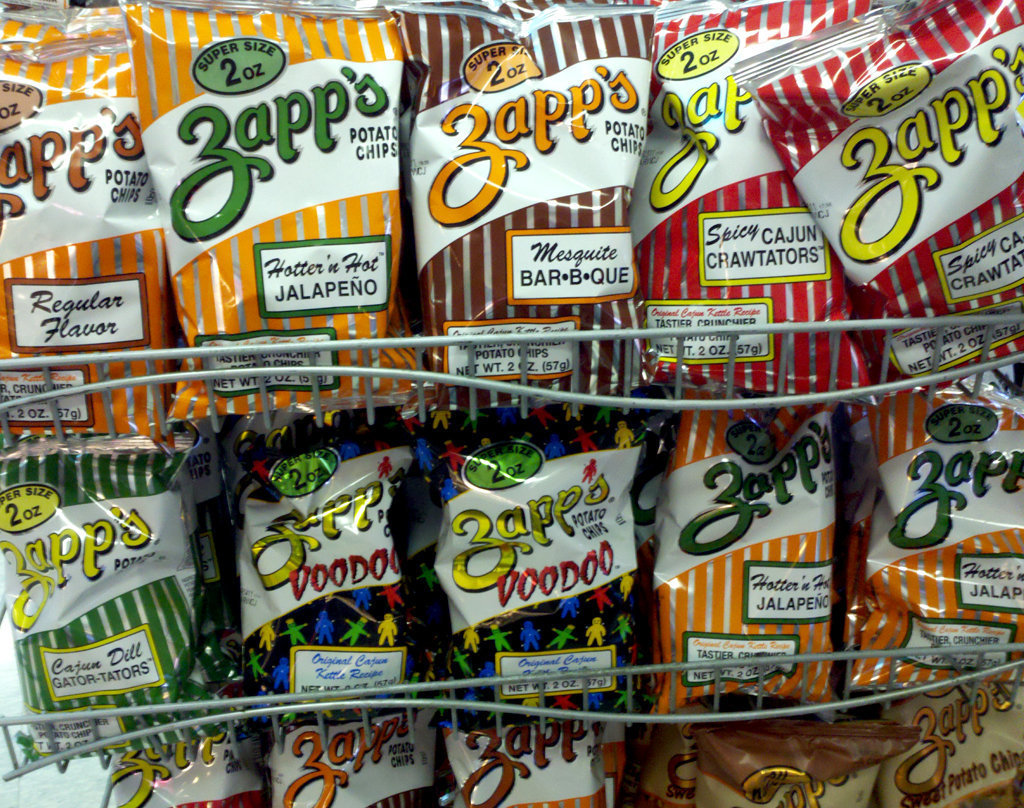 Since 1985 Zapp’s Chips have been the only kettle-cooked chip with a spicy Cajun crunch. Born out of adversity by an enterprising entrepreneur in Gramercy, Louisiana whose oil business was going south, Ron Zappe got the idea from some kettle-cooked chips his wife brought home one day. According to the founder, the late Ron Zappe, in a conversation with Oprah Winfrey, they “would make chips on the showroom floor and teenagers would park outside, watch them like a movie and do a lot of kissing”. 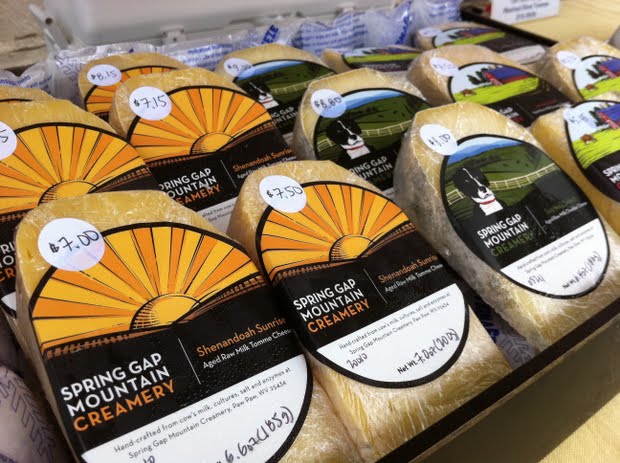 Like many of the other delectable products on this list, Spring Gap Mountain Creamery was founded by people who wanted more out of life than what the big city rat race has to offer. Founded by Penelope Sagawa and Jurgen Schelzig Spring Gap was initially planned to be a weekend getaway from bustling Washington, D.C., but eventually turned into a thriving business that sources its milk from another sustainable dairy in Winchester, Virginia. Made the same way cheese in Europe has been made for hundreds of years by using raw (unpasteurized) cow’s milk Spring Gap has a cheese for any meal and any occasion – including West Virginia Blue, Farmhouse Feta and Shenandoah Sunrise – all with their own distinct flavor and characteristics. 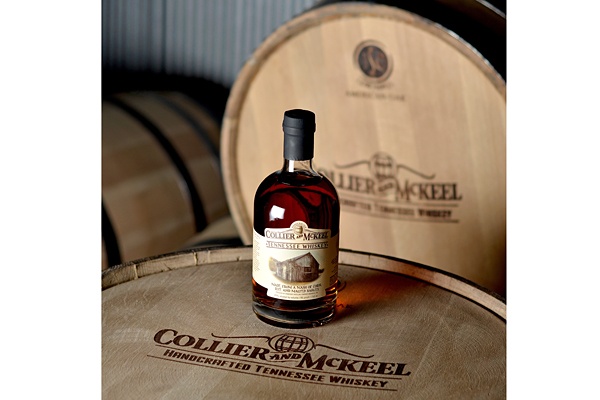 The story of Collier and McKeel Tennessee Whiskey goes back 200 years when federal government sent troops to Pennsylvania to stamp out an uprising of whiskey makers who refused to pay a new federal tax. Distillers in every state were afraid the same would happen to them and whiskey makers started moving around all over the place. William Collier and James McKeel ended up in Tennessee and brought their traditions and recipes with them.

The still they use was made in Kentucky. The water comes from a Tennessee limestone aquifer and their whiskey is made in Nashville, Tennessee. In addition to their 3 varieties of whiskey, they also make their own vodka – Snow Creek – in honor of their master distiller’s Great-Great-Great grandfather who was born on the banks of Snow Creek many years ago in Tennessee. 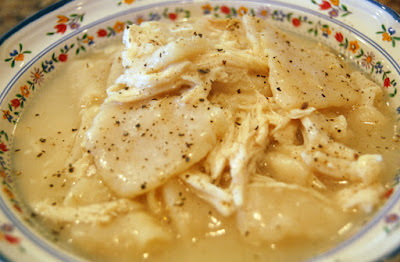 Made in Hazlehurst, Georgia, a small town about an hour west of Savannah, Mary Hill biscuits and dumplings are as close as you’ll get to homemade. They’re made with no preservatives, so they must remain frozen. The dumplings are tasty and will satisfy your craving for dumplings and the biscuits are great buttered with some spicy patty sausage thrown in between.

3,411 thoughts on “Southern Made Southern Delicacies and Commodities”