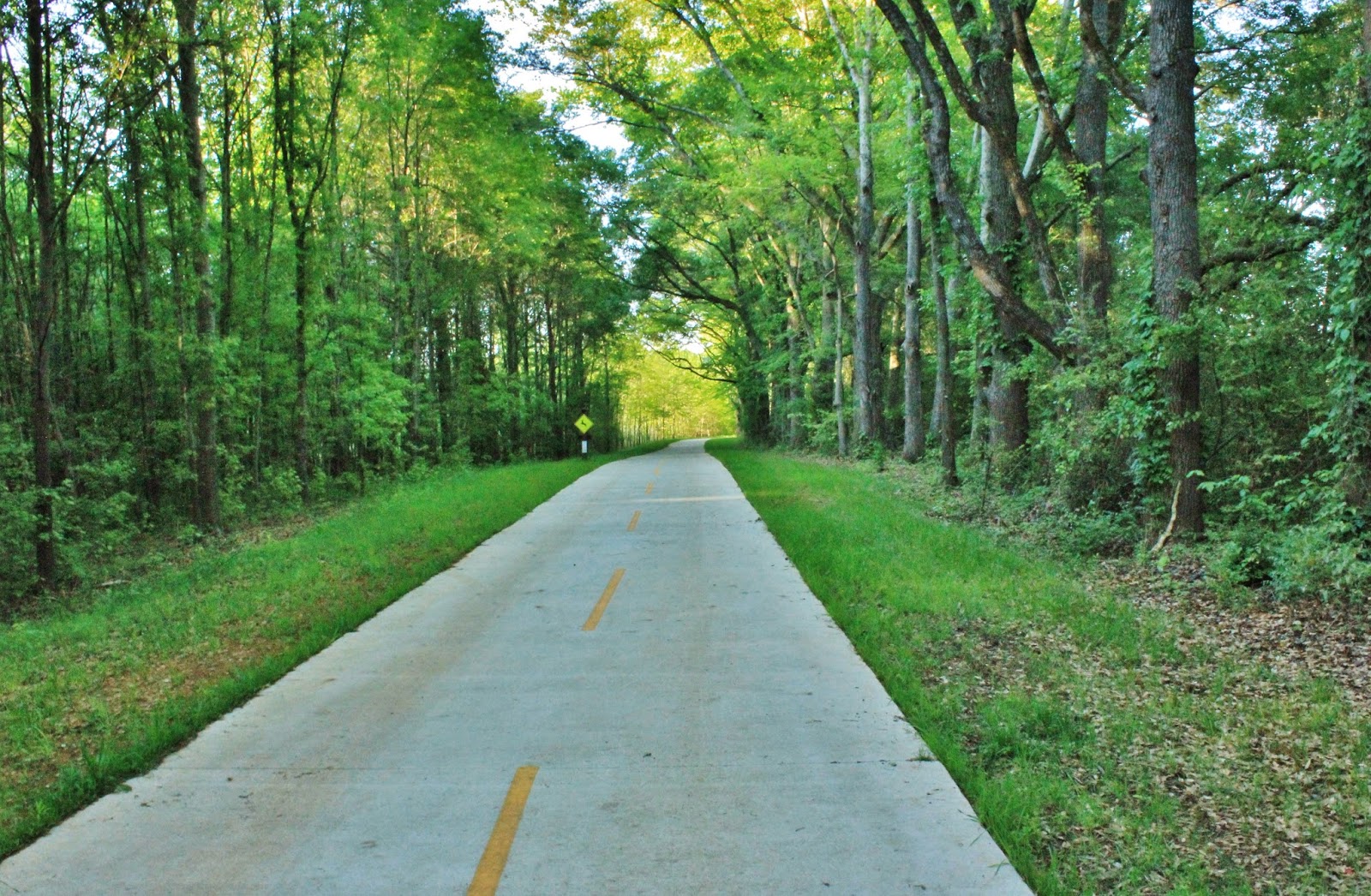 A little surprised to learn that Carrollton was constructing a bike path around the entire city, I had to grab my new Vilano fixie road bike and travel west from Atlanta to go check it out. I didn’t traverse the entire trail as it’s not all completed, but I did travel the roughly 4.7 miles of the Lake Carroll trail and Hobbs Farm trail sections of the GreenBelt. There is another completed portion on the other side of town called The Buffalo Creek trail, but I didn’t get a chance to check it out, yet. What I did ride on though was really impressive. The Lake Carroll portion starts out in a relatively populated area. It cuts behind some retail stores, passes some baseball and soccer fields, through a neighborhood right across some people’s front lawns and finally into some forest. There are signs before you enter this section saying that there is a remote area ahead and one that asks to the effect – Do you have these items with you? Cellphone? Water? A friend? I had none of them. I left my phone in the car and forgot to bring water. I left my friends wherever they were.
The wooded area that the trail cuts through is fairly brief. You go down and up a couple of hills and then you’re back into civilization where you exit into another recreational area and the turns and runs along the Lake. There were plenty of folks fishing and walking around the lake. I also passed the only 2 other cyclists I would see the whole time on this excursion. 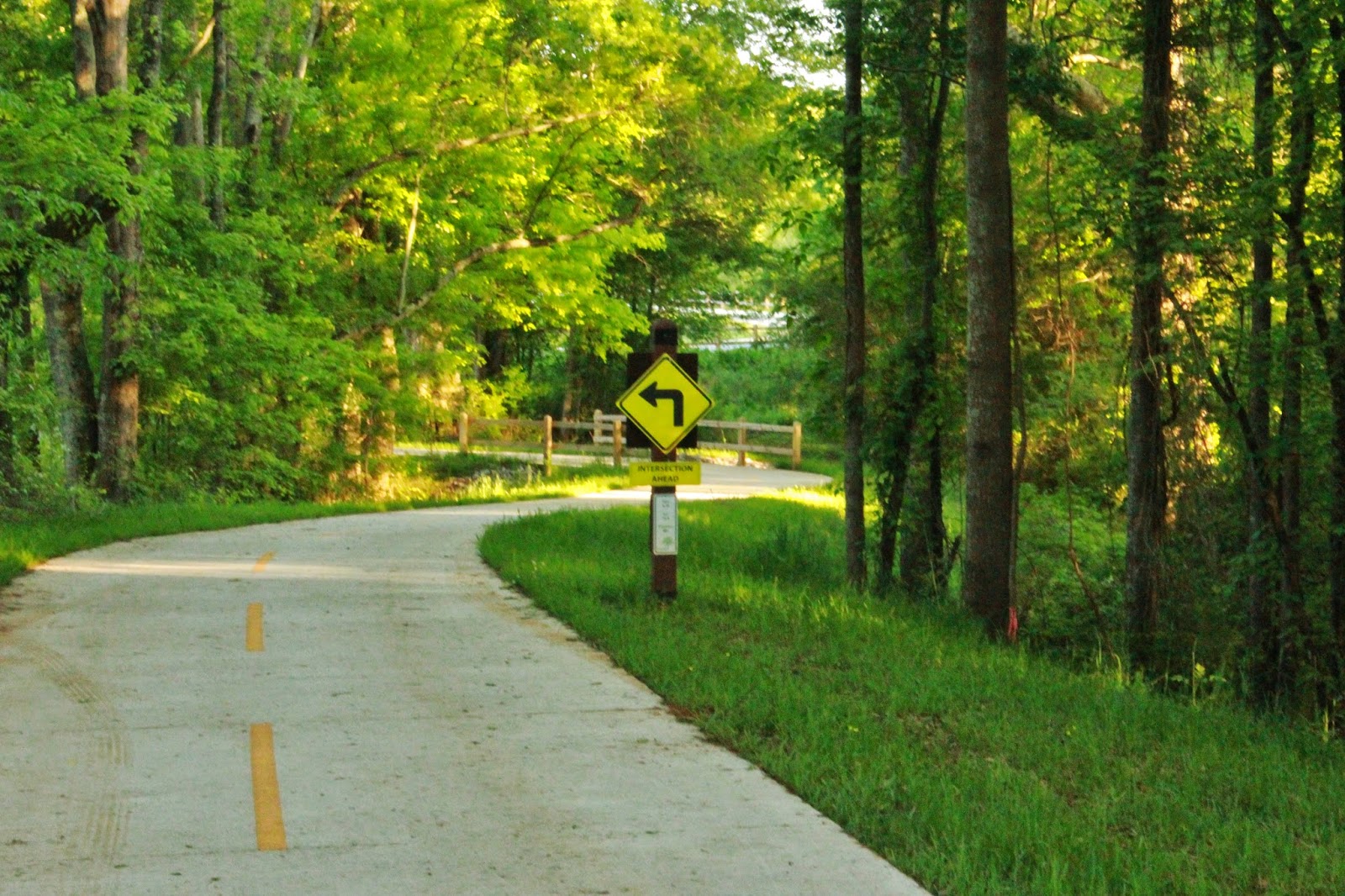 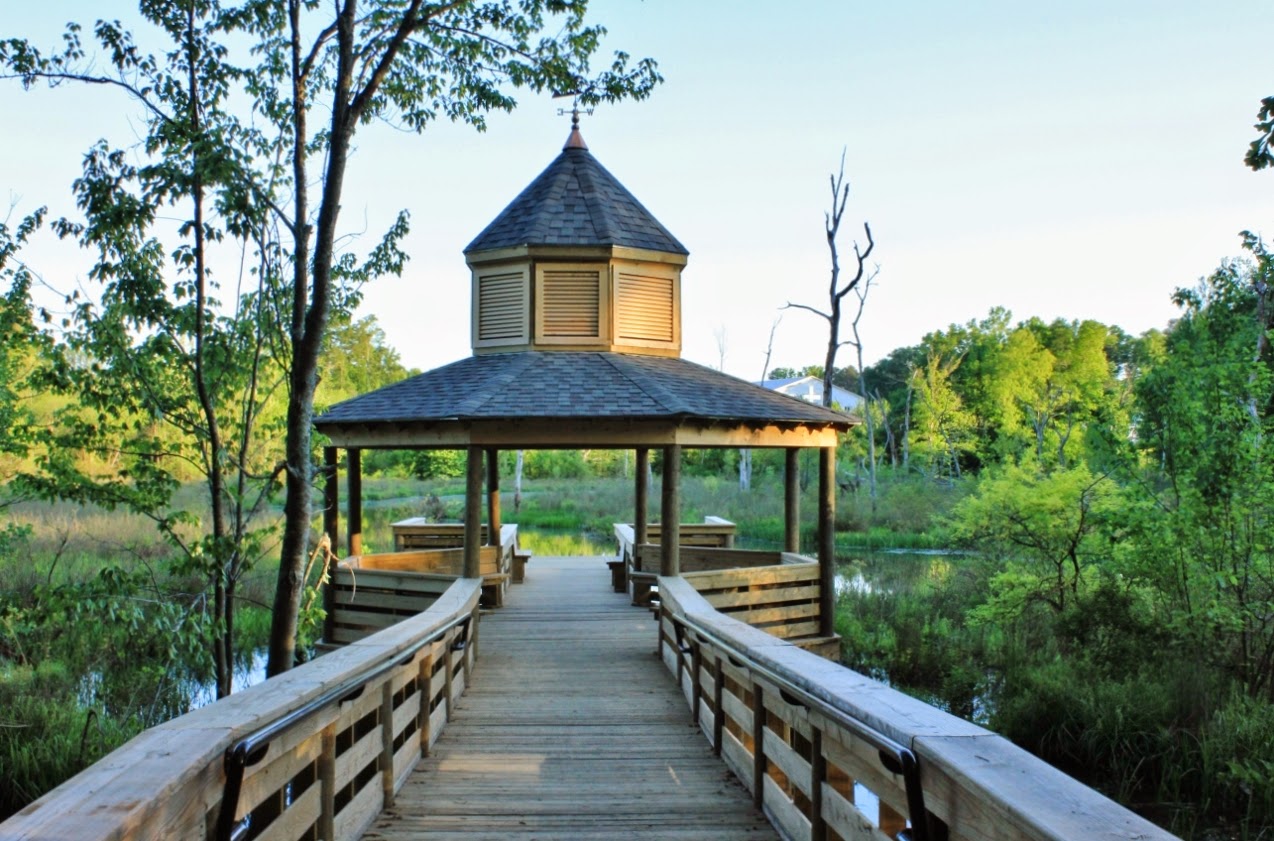 After leaving the Lake Carroll trail area and entering Hobbs Farm trail and riding a bit, on the left is a little trail that leads to a dock with gazebo that extends out into a marshy area that is very well done and would be a nice place to just sit for a while and possibly fish, if it’s allowed and if the water is deep enough. I didn’t see any signs saying No Fishing. So, we’ll just assumed it’s allowed. Back on the trail, I was getting a little aggravated that I didn’t bring any water and then I come around a curve and what d’ya know there is a rest area of sorts with bathrooms and water fountains seemingly in the middle of a field; what a relief! There is also a parking lot for people who might want to enter the trail at that particular point, as well as benches if anyone wants to sit a spell. I got my fill of water and continued on. Again I entered a very wooded area, but the signage this time told me to be considerate of the wildlife for I am now a visitor to their home – something like that. This was probably my favorite part of the trail so far. There was a long straightaway that was parallel to a marsh and there was an abundance of really big old trees (So much pulp-wooding has happened since I don’t know how long that so many of the forests I see around Georgia are full of little thin trees – no doubt a product of deforestation and then replanting). It was picturesque and serene. The pictures I took don’t do justice to the size of some of these trees. The GreenBelt website states that this is a great place to see some Great Blue Herons, but I unfortunately did not see any.

I didn’t go much further on my ride. I went up out of the wooded area back out into an open field and turned around as it just looped back around to the restrooms and water fountains and I wanted to go back through the straight away area with all the trees. As I was going back I did ponder splitting off to the right and checking out the Rome street portion of the GreenBelt, but I was too tired and hungry and thought I’d enjoy it more on a later date.

All in all I have to say the Carrollton GreenbBelt is a shining investment by the City of Carrollton that the community will reap the benefits of for years to come. A place where people can not only go for exercise, but also a destination to reacquaint themselves with nature and clear their head of a long day’s commute or of a heavy workload trapped inside a cubicle. 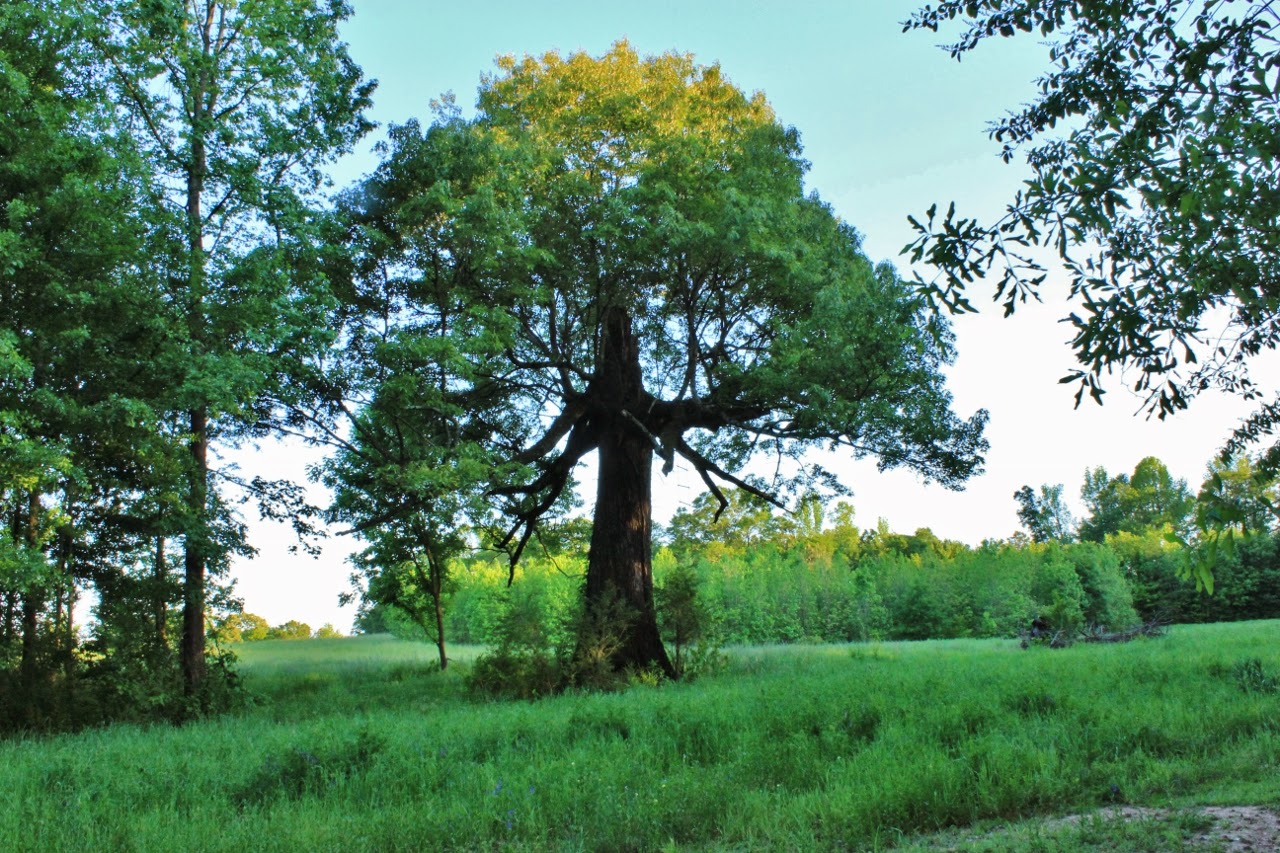 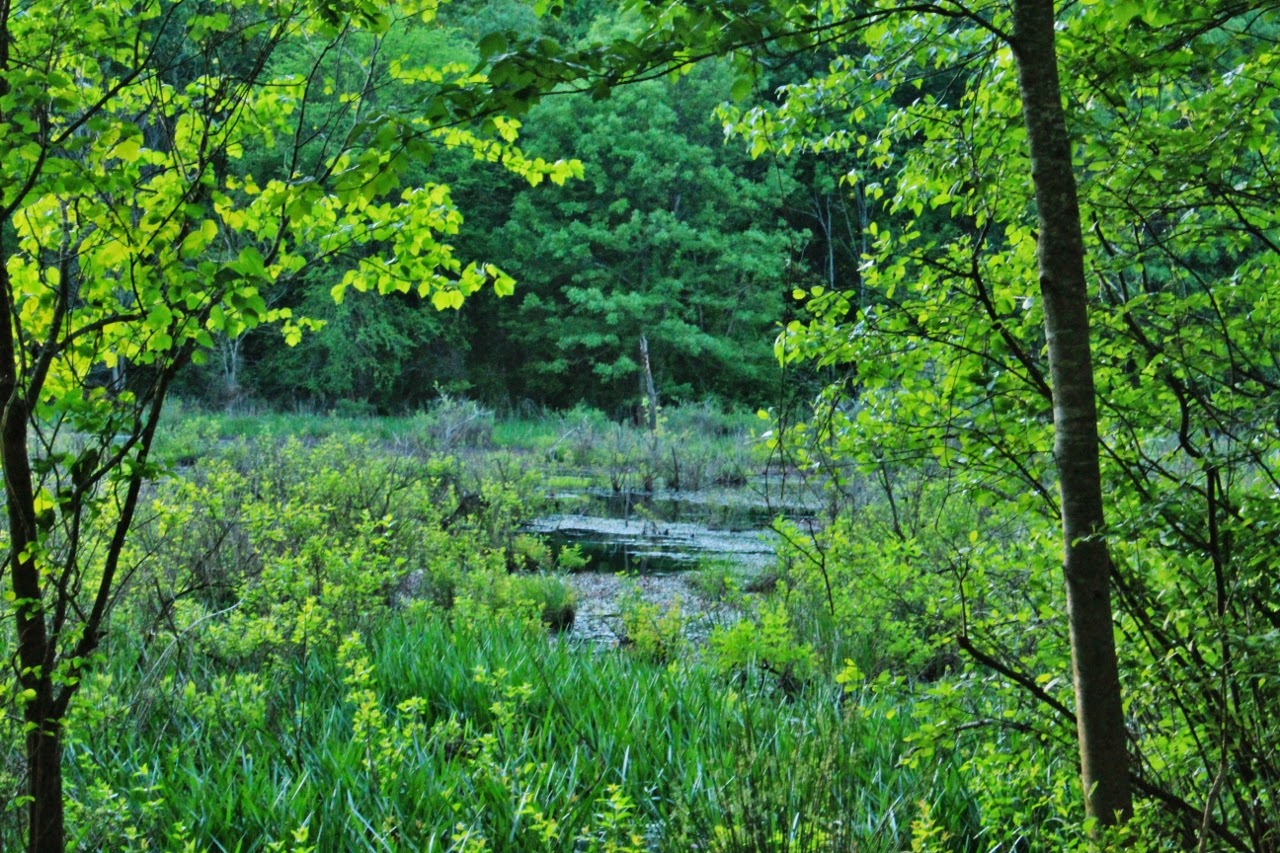 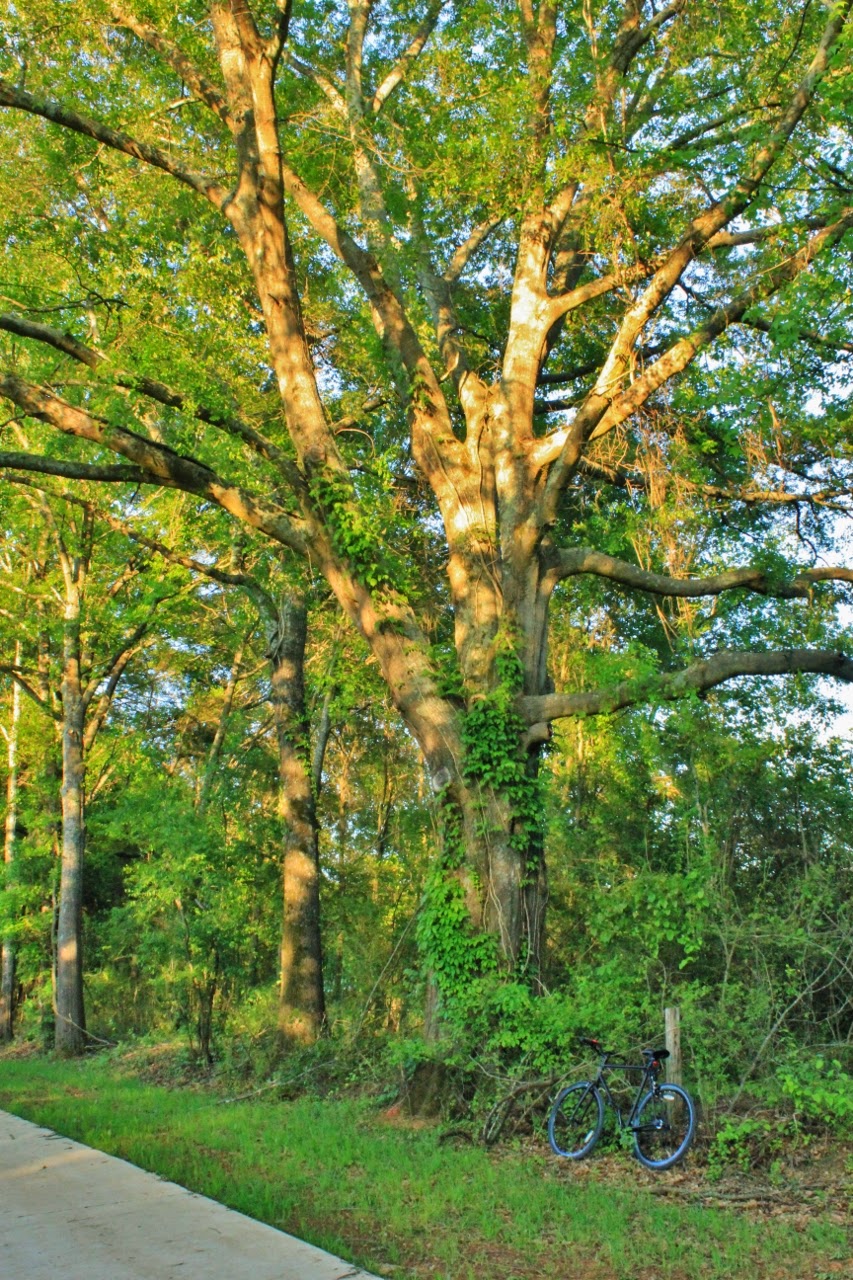 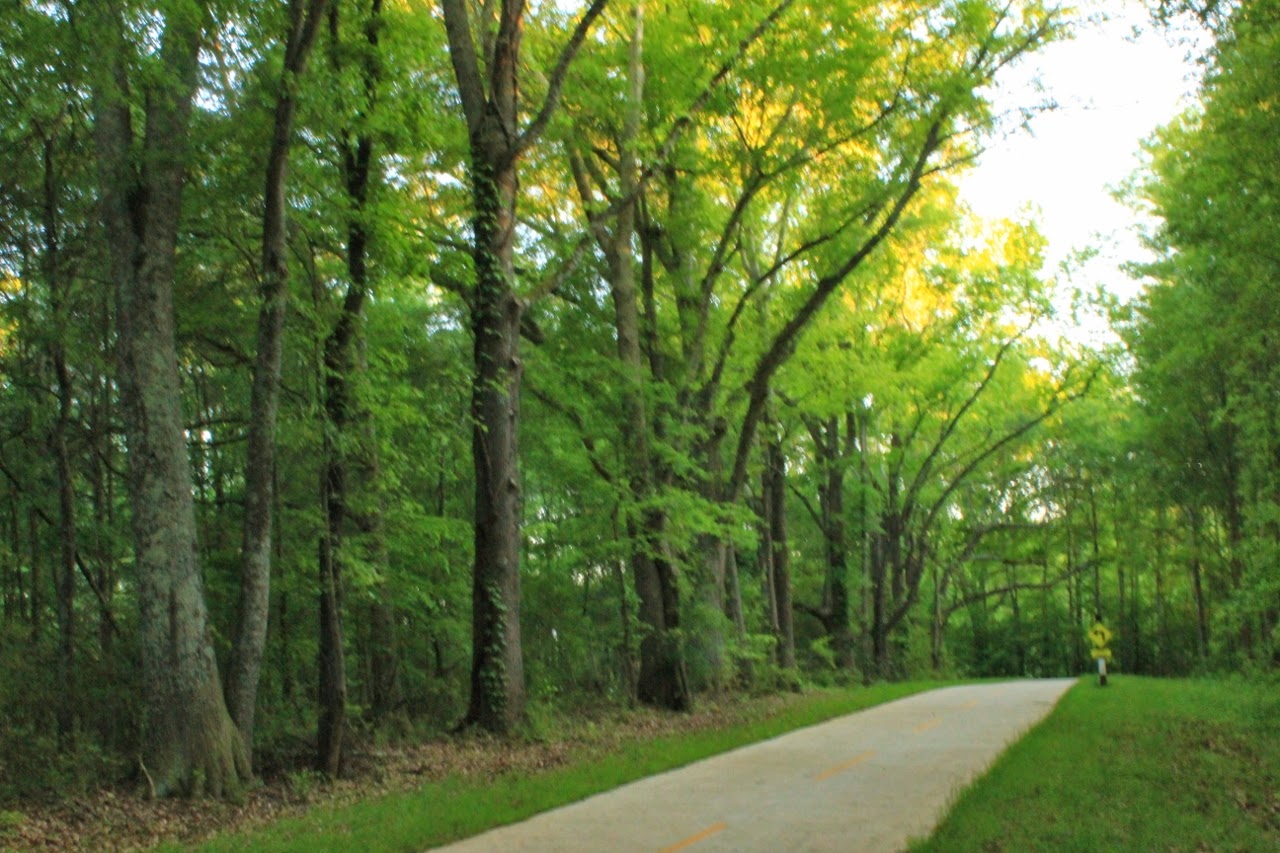