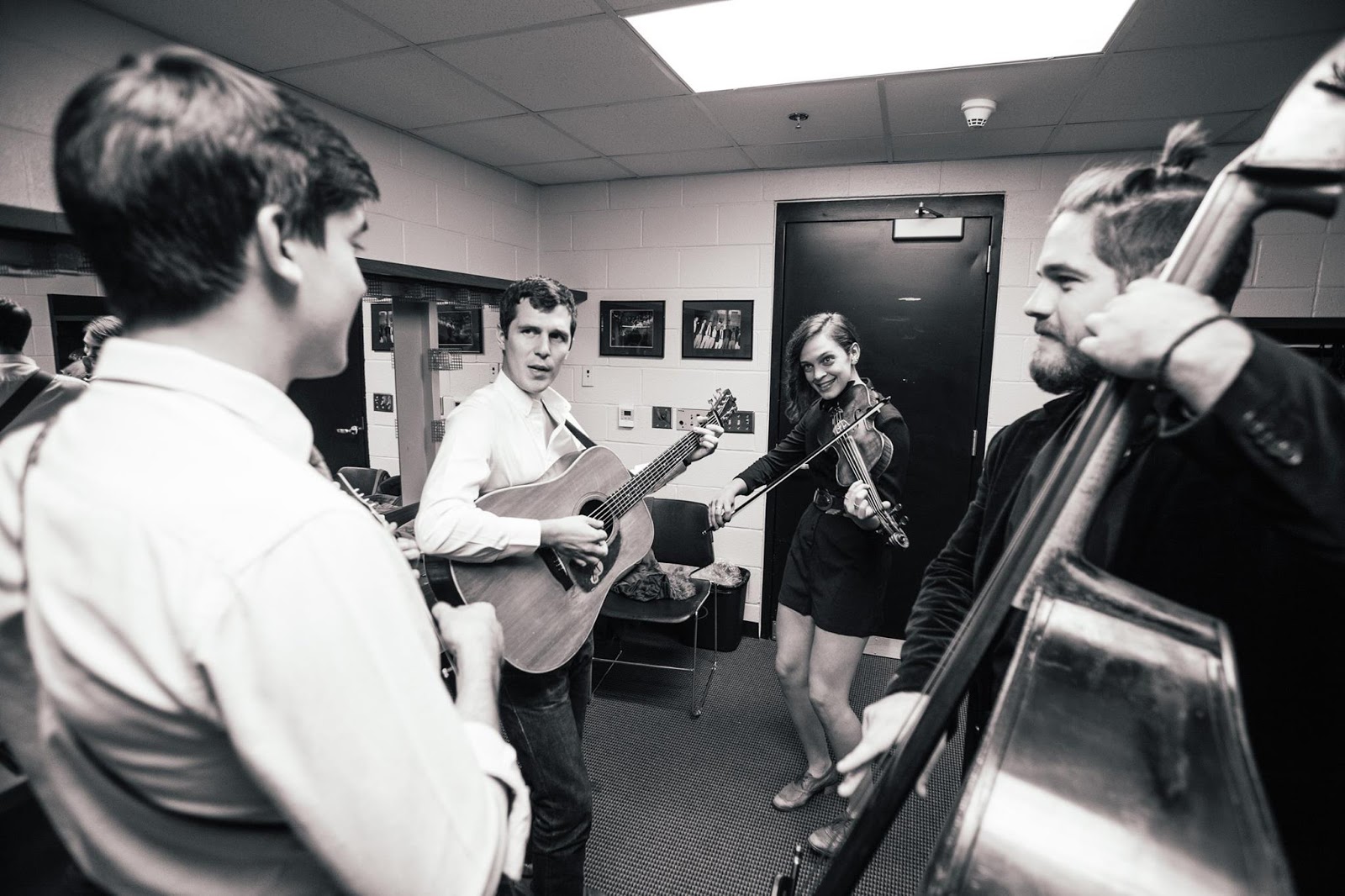 Embracing fully their rich North Carolina roots, Mipso‘s music is nostalgic and pleasant to the ear. Upon hearing their tunes for the first time it brings to mind familiar notions and images of the stripped down music played by farmers and folks working off the land, and trying to survive. Though food is not nearly as scarce these days in America Mipso’s bluegrass harmonies, melodies and rhythms reflect a sound that still lives on in the hearts of so many.
In 2013 their debut album Dark Holler Pop hit number 8 on the Billboard Bluegrass charts and quite a few people were surprised–including the band. Mandolin player Jeff Sharp explains, “Well, we didn’t know so many people would buy it.” And they were equally surprised to find out that they had been pegged under the “Bluegrass” category, as they were simply making music they enjoyed making.
The tune below touches on not being exactly sure what one’s path is in life–which is subject matter we all can relate with.