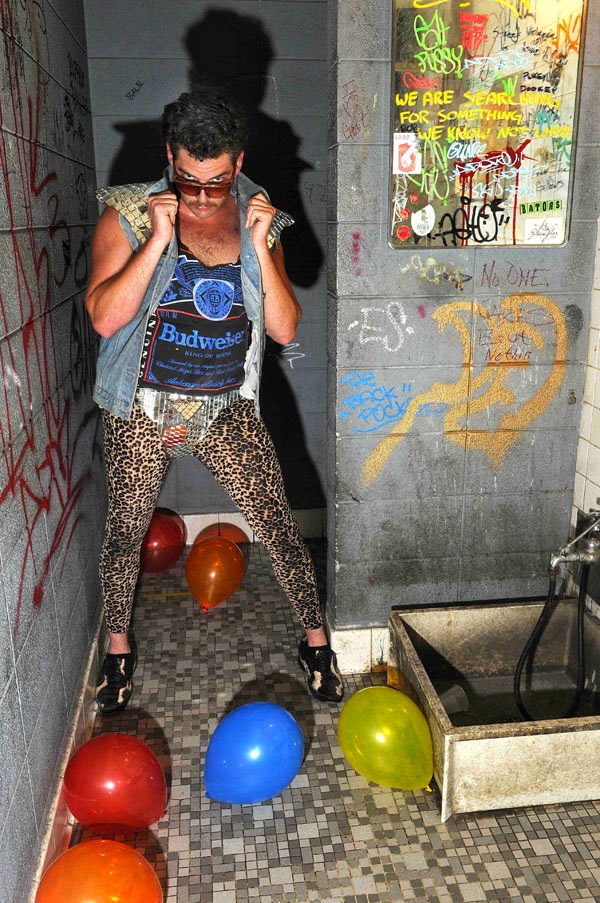 I’ve seen Cousin Dan twice. Once at The 5 Spot in Atlanta and again a the The Star Community bar, both in Little 5 Points. Both times it was a sight to behold. An essentially one man band popping balloons on his disco ball crotch over leopard pants and a laser show that rivals Stone Mountain’s. He was shot in the side during a robbery attempt a few years back, but he seems to have made a full recovery.

His overtly sexual lyrics and his James Brown dance moves will have the ladies swooning.

The video below will give you a glimpse of what one can expect from a Cousin Dan show. He’ll be performing at The Earl in Atlanta this Friday.